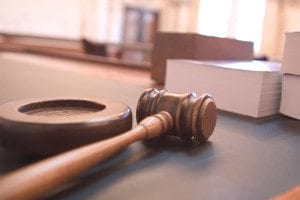 There are many types of lawsuits. Normally, each involves civil actions fought in a court of law with a plaintiff demanding some sort of compensation for damages. Since a class action lawsuit commonly includes personal injury, it is important to understand the procedures for filing and recovering a fair settlement.

What is a Class Action Lawsuit?

A class action suit is a civil case brought to light by one or multiple individuals who were injured from an allegedly defective product. It may involve contract or security claims as well. Although the subject matter can vary, the disputed issue is common to every member of the “class.” Since a high number of people are usually affected by the same problem, it is almost impossible to hear each case on an individual basis. One lawsuit is formed on behalf of all people suffering, and the settlement is split between everyone involved.

Some of the most common class action lawsuits are filed against manufacturers who allegedly introduce products that are dangerous or defective. Pharmaceutical companies are often targeted for producing drugs and medical devices that cause injuries or serious side effects. For example, the drug Actos was used to control Type 2 diabetes, but it was found to heighten the risks of developing congestive heart failure and bladder cancer. Affected patients felt the need to recover adequate compensation for injuries suffered and filed class action lawsuits against the drug maker. Also, legal action has been taken against vaginal mesh manufacturers. Even though these units were made to effectively treat pelvic organ prolapse and stress urinary incontinence, they have been linked to dangerous complications. Injured patients have taken action against top manufacturers so that they receive adequate compensation for pain and suffering.

Besides class action against pharmaceutical companies, lawsuits have been filed by employees subjected to discrimination, customers who have fallen victim to false advertising and security fraud, and individuals affected by environmental disasters. One of the most recent environmental disasters was the BP Oil Spill. This event greatly affected people across Louisiana. Approximately 125 miles of Louisiana’s 400 mile coast have been polluted by this oil spill. Both business and homeowners incurred expensive damage and health issues, so class action lawsuits have made it possible to recover monetary compensation for repairs and to pay medical bills.

How to Begin a Class Action Lawsuit

Anyone can begin a class action lawsuit on behalf of a group suffering from similar injuries or financial damage. After filing, a judge will evaluate the merit of the case and decide whether the litigation can move forward. If you are considering beginning this type of case, it is essential to speak with an attorney who specializes in this kind of legal matter.

At Morrow, Morrow, Ryan & Bassett, we have been serving Opelousas and the surrounding areas of Louisiana for over four decades. Our law firm has successfully fought several Class Action Lawsuits and recovered fair compensation for innocent victims affected by cases of medical malpractice, faulty consumer products and toxic torts. We strive to make the guilty parties pay for their negligent behavior. To consult with one of our experienced lawyers, call us today at 1-800-356-6776.